The Top 10 Chicago Sights to See from Lake Michigan 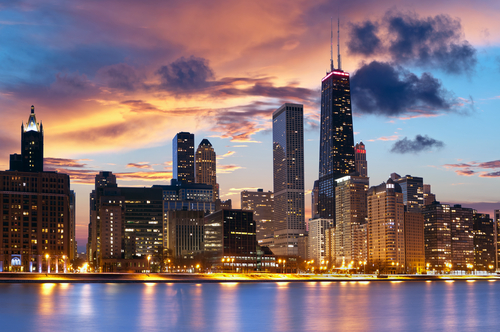 Chicago’s shoreline neighbor, Lake Michigan, provides some of the most breathtaking views of the city. While walking or cycling through Chicago will surely give you a specific perspective of the architectural grandeur of our home, you can’t truly experience Chicago unless you get out on the water.

Although about 12 million people live along Lake Michigan, if you look out in one direction, all you’ll see is the water meeting the sky, an expanse that covers about 22,300 square miles. When you turn back to look at the city, make sure you don’t miss these sights: 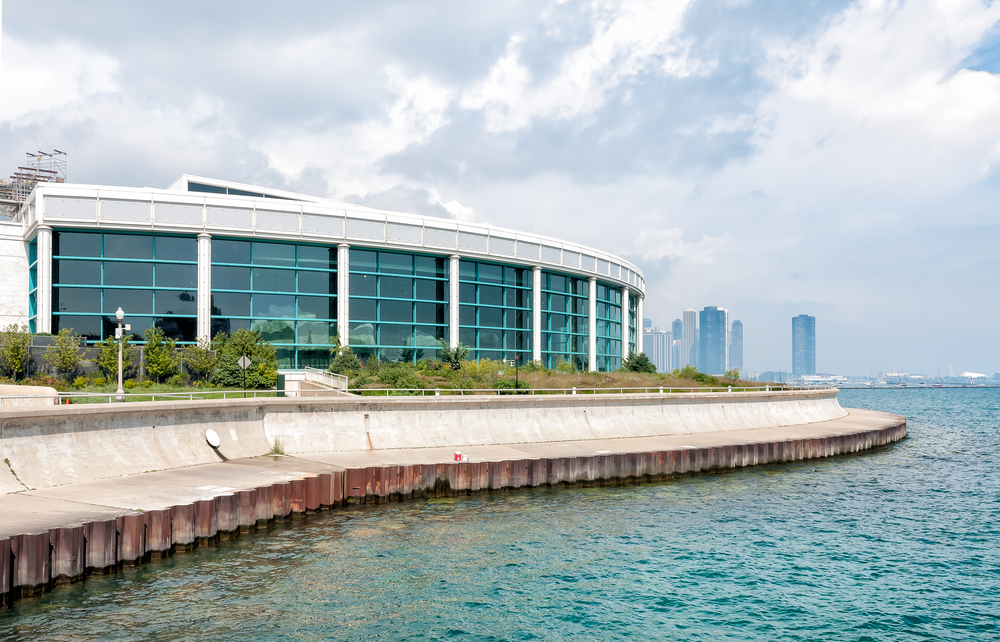 Chicago has excellent seafood, but you can’t eat the marine life in Shedd Aquarium, sorry. Gifted to the city by philanthropist, John G. Shedd, since its opening in May of 1930, the aquarium has been a well-loved cultural fixture.

Shedd Aquarium is home to over 32,000 of species, from small fish to sharks and whales. It draws interest from tourists and researchers alike. Some important work conducted by Shedd researchers includes the treatment and handling of beluga whales.

The Field Museum of Natural History

The Field Museum of Natural History, also known as the Field Museum, is located on the same campus Shedd Aquarium. Built in 1921, the Field Museum is one of the premier natural history museums in the world. Boasting about 2 million visitors each year, there are permanent and rotating exhibits ranging from ancient artifacts to dinosaur reconstructions. If you are a natural history buff, this museum is not one to miss.

Interestingly enough the architectural firm Graham, Anderson, Probst & White designed and built both the Field Museum and the Shedd Aquarium in the same neoclassical Beaux-Arts style. This architectural firm produced some of Chicago’s most famous structures, including Union Station, the Wrigley Building, and the Civic Opera Building.

Formerly known as the John Hancock Center, 875 N Michigan Ave is one of Chicago’s taller skyscrapers. If you look up, you’re likely to see it. With 100 floors, it is 1,128 feet tall and has a large observation deck called 360Chicago, where you can get a panoramic view of the city, Chicago River, and Lake Michigan.

The manmade peninsula, Northerly Island, like many landmarks in Chicago, is accompanied by a particularly interesting history. In 1909, city planners Daniel Burnham and Edward H. Bennett, authors of Plan of Chicago, envisioned Northerly Island to be a public park. After its construction in the 1920s, the plan for Northerly Park evolved and eventually the lakefront airport, Meigs Field was constructed and opened in the 19040s.

In 2003, Meigs Field airport was demolished, and Northerly Island was converted back into the space that city planners initially envisioned: a destination for the public. The island, adjacent to the Museum Campus that includes both the Field Museum and Shedd Aquarium has been turned primarily into a hybrid destination of parkland, nature preserve, and a concert venue. 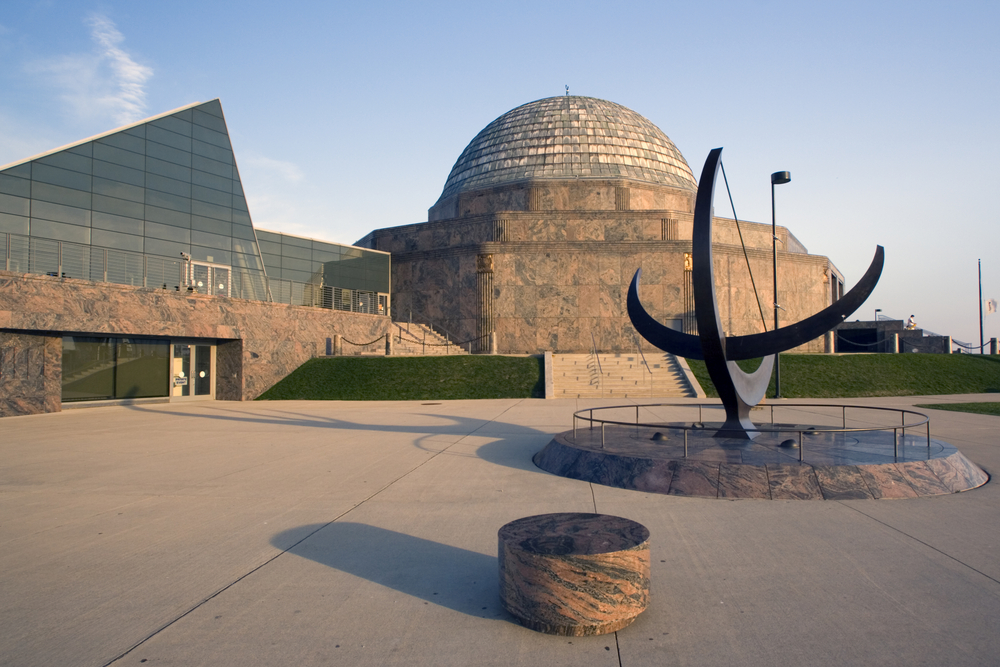 Northerly Island is also home to Adler Planetarium, the first planetarium opened in the United States and the western hemisphere for that matter. Since 1930, the Adler has been part of the Museum Campus’s appeal, indulging interests in physics and astronomy while inviting all visitors to get a better look at the great beyond. Pro tip: if you ever make it into the Adler, it also offers one of the city’s best views of the Chicago skyline.

The architectural style of the Adler Planetarium is a marked departure from the Shedd Aquarium and the Field Museum’s neoclassical style. Designed by Ernest Grunsfeld, Jr., the architectural style of the Adler is considered to be Art Deco. As you pass by the Adler from Lake Michigan, you’ll notice the structure’s streamlined geometric design with a touch of opulence. This style was incredibly popular in the 1920s.

The Willis Tower, also commonly referred to as the Sears Tower, was completed in 1973. It is one of Chicago’s tallest skyscrapers standing at 1,729 feet. After the One World Trade Center in New York City, Willis Tower is the tallest free-standing structure in the United States.

In 2009, the structure was renamed from Sears Tower to Willis Tower. This same year significant renovations were performed on the sky deck. If you ever make it up there, we hope you’re not afraid of heights. 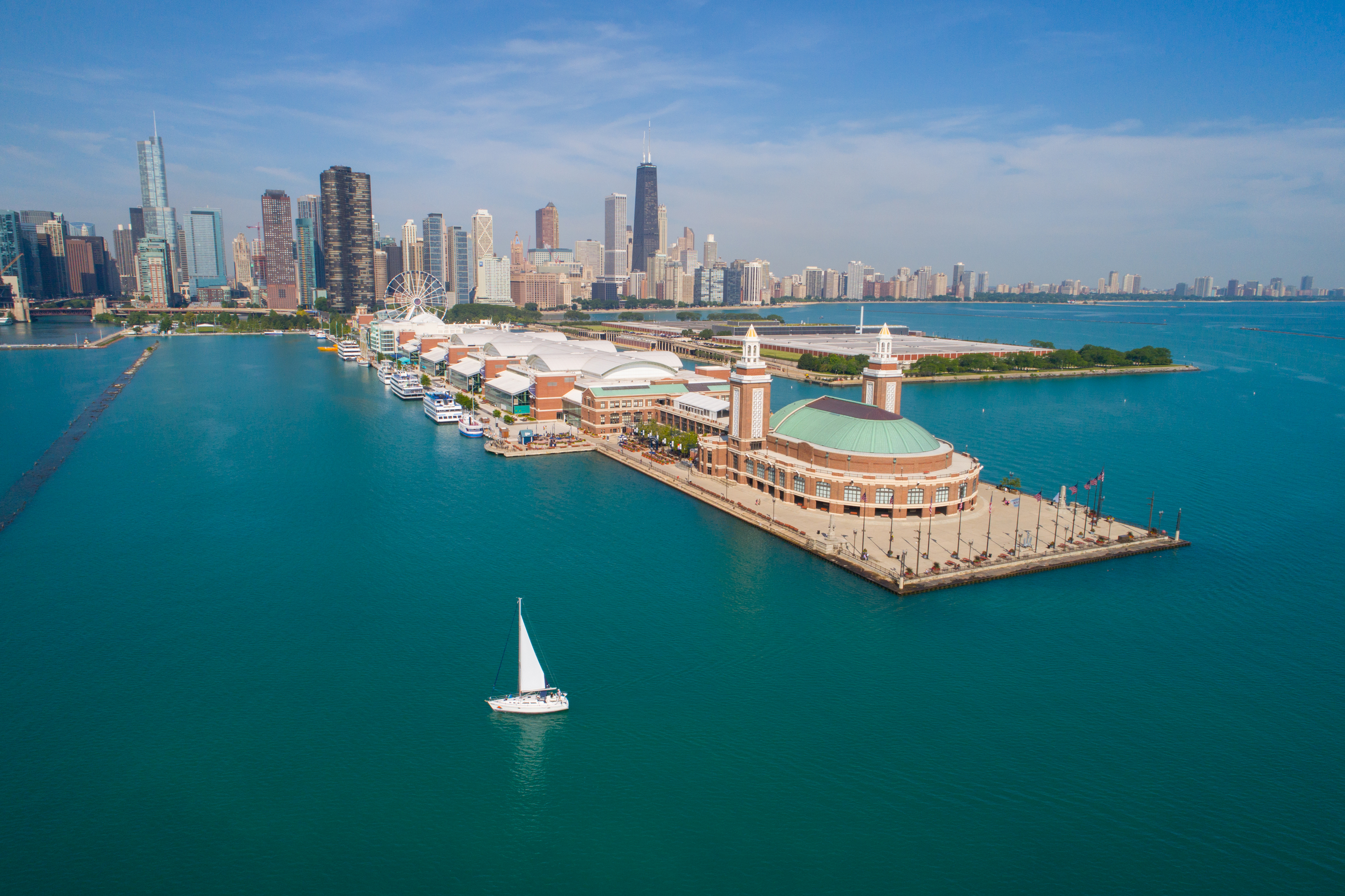 One of Chicago’s more famous landmarks, the Navy Pier was built in 1916 and has had many purposes within that time. Before 1927, Chicagoans referred to the pier as the Municipal Pier. It was only after World War I that it was renamed in honor of naval veterans.

Now a destination for entertainment and recreation, the Navy Pier was initially a dock for both freight and passenger ships. While the pier served as a dock a couple of decades, in 1941, the pier became home to nearly 10,000 Navy sailors training for World War II.

The Centennial Wheel, one of the pier’s most iconic features, is noticeable from both land and the water. The current Ferris wheel which is relatively new, was unveiled in May of 2016 after its predecessor was retired the previous summer.

As you cruise along Lake Michigan, you’ll see one of Chicago’s most famous parks, Grant Park. Named after Ulysses S. Grant, Grant Park covers over 300 acres and is also home to numerous famous Chicago landmarks like Millennium Park, the Cloud Gate sculpture also known as “The Bean,” the Petrillo Music Shell, the Art Institute of Chicago, Buckingham Fountain, and many other historic sites. The Museum Campus and Northerly Park are included in the larger acreage of Grant Park, but in our humble opinion, those spots deserved some extra consideration.

The Art Institute of Chicago is an international tourist draw for the whole city. The institute is one of the premier museums and art schools in the United States. People visit from all over to see priceless works of art created by the likes of Picasso, Edward Hopper, and Mary Cassatt.

Chicago is famous for many things, our pizza, the Cubs, the Bears, the White Sox, the El Train, Second City, and most of all, our music. Inspiring the genre of Chicago Style jazz, and the source of inspiration for blues and jazz artists like Muddy Waters and Nat King Cole, Chicago has a rich musical history.

If you’re focused on all things music during your Chicago pilgrimage be on the lookout for the Petrillo Music Shell as you pass by Grant Park. First opened in 1931, countless concerts and festivals have been held at this outdoor venue in over the years.

Like other iconic American cities like New York, Los Angeles, and Washington D.C., Chicago has its own culture, architecture, myths, and customs. Join us on the water and experience it for yourself!

We genuinely believe that everyone will enjoy sightseeing from the waters of Lake Michigan. Get in touch with Anita Dee Yacht Charters today at (312) 379-3191 to rent one of our luxury yachts for your sightseeing adventures.